I hate to report, but this past weekend, our family’s faithful companion, friend and lead dog Zeb (Zebv – never did agree on the spelling) passed away. Our yellow lab of 14 years could have been the inspiration for the movie “Marley & Me” with his antics over the years. Kay could tell he was slowing down during the week, only hoping I could make it home before he passed. As I pulled up to the ranch house late Friday night returning from my week long trip – he raised head in welcoming. I spent some time saying good bye before entering the house – doubting he would last through the night. Zeb did make it through the night – waiting, I am sure, for our middle son to be able to come by on Saturday to say good-bye.

What does this have to do with Father’s day you ask – Zeb helped raise our 3 boys – He was their childhood companion that helped teach them responsibility, patience and caring. This was most evident in how they handled his passing. Miles, our youngest, delayed his date Friday night to load Zeb in the back of the ‘gator” to take him on his last ride around our 40 acres, to visit the fields where Zeb chased rabbits, deer and most remarkably – flying birds. Joshua arrived on Saturday to say his goodbyes – Most of Saturday morning we sat on the porch with Zeb as he rested peacefully.

Knowing Zeb’s time was short, my time home limited due to another trip and I being the husband/father prepared for what must be done. Zeb, being the gentle dog he was, passed away in the early afternoon sparing me from the worst of duties – As I started to take his remains away, I was pleasantly surprised when my two youngest sons joined me to lay Zeb to rest. As we completed our task, I looked at my boys and realized why Zeb was content to leave us now – the 3 young boys he had helped raised have grown to be independent, resolute and caring young men, our oldest with a family of own, the middle son heading overseas for studies and our youngest a junior in college – all being young men that a father & mother can be proud – his duty done, Zeb could let go . Thank you Zeb for your service and friendship – a job well done- rest in peace. 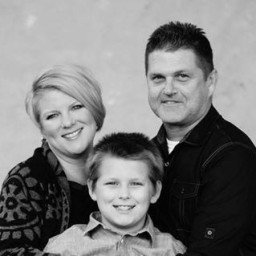